Thank you to all from the 2018 Cape Ann Arts Alive Program!

Thank you to all the generous people and organizations who added so much to the CAAA program this year. 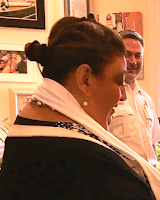 Her Honor, Sefatia Romeo Theken, Mayor wears a stole from the Mayor of Gloucester, England as she greets us in her office at City Hall! We were fortunate to visit when such a special dignitary was in town, and she invited us to visit "the other Gloucester." As always, Sefatia was a wonderful host.

Morgan Faulds Pike, Sculptor, gave us not only the history of her own Fishermen’s Wives Monument and the Gloucester Fishermen’s Wives Association but also the stories of Anna Hyatt Huntington’s “Joan of Arc,” Leonard Craske’s “Man at the Wheel” and Walker Hancock’s “Triton.” 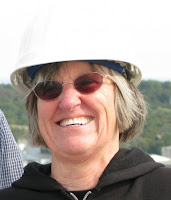 Maggie Rosa, whose civic passion helped us to save City Hall and its iconic tower, took us up to see the bell which rings the hours in the city. The sight of Gloucester from this vantage is breathtaking. On the way up, Maggie introduced us to the citizen portraits of A. Piatt Andrew, Charles Olson, John Hayes Hammond, and Clarence Birdseye. 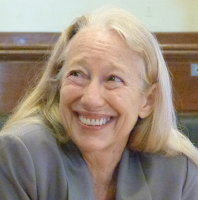 Artist and Art Historian, Susan Erony, showed us the beautiful Charles Allen Winter murals at City Hall and gave us the background of Franklin Delano Roosevelt's New Deal and the Works Project Administration (WPA) which supported the artists during the post-Depression era. 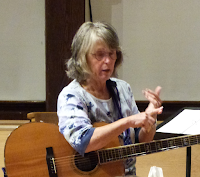 Daisy Nell, folk singer/sailor extraordinaire, taught us the song she wrote for all Cape Ann children to know: “A Heartbeat from the Ocean.” Daisy will accompany and sing with us in our performance at the Shalin Liu on Friday, August 24 at 11:15.

Sarah Flanagan, Education Coordinator at the Cape Ann Museum, was our guide to the Museum’s holdings regarding maritime Gloucester, with special attention to the late 19th c. diorama, the Fresnel lens, and the Native American artifacts.


The public is warmly invited to a brief performance/review of the camp’s activities at Rockport's Shalin Liu Performance Center Friday, August 24 at 11:15.
at August 23, 2018 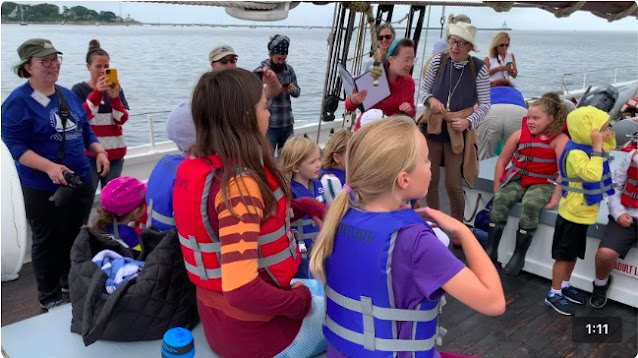